(LAN), a computer network dedicated to sharing data among several single-user workstations or personal computers. A LAN can have from two to several hundred such nodes, each separated by distances of from several feet to as much as a mile, and should be distinguished from connections among computers over public carriers, such as telephone circuits, that are used for other purposes.

What Is a Hub?

Hubs, also known as concentrators, are the center of a star-topology network. As defined by the IEEE 802.3 specification, they are multi-port repeaters. A repeater circuit regenerates the signal as it passes it on to the device. When connecting hubs together in a series, the network is considered to be on the same segment or collision domain, meaning all traffic is detected or heard by all devices. Therefore, all data is available to all of the devices connected to a network segment, without any other device intercepting and/or directing traffic.

What is a Router?
A special-purpose computer (or software package) that handles the connection between 2 or more networks. Routers spend all their time looking at the destination addresses of the packets passing through them and deciding which route to send them on.

What is a Repeater?
Repeaters EXTEND network segments. They amplify the incoming signal received from one segment and send it on to all other attached segments. This allows the distance limitations of network cabling to be extended. There are limits on the number of repeaters which can be used. The repeater counts as a single node in the maximum node count associated with the Ethernet standard [30 for thin coax]. Repeaters also allow isolation of segments in the event of failures or fault conditions. Disconnecting one side of a repeater effectively isolates the associated segments from the network. Using repeaters simply allows you to extend your network distance limitations. It does not give you any more bandwidth or allow you to transmit data faster.

New cards are software configurable, using a software program to configure the resources used by the card. Other cards are PNP [plug and Play], which automatically configure their resources when installed in the computer, simplifying installation. With an operating system like Windows 95, auto-detection of new hardware makes network connections simple and quick.

On power-up, the computer detects the new network card, assigns the correct resources to it, and then installs the networking software required for connection to the network. All the user need do is assign the network details like computer name.

For Ethernet or 10BaseT cards, each card is identified by a twelve digit hexadecimal number. This number uniquely identifies the computer. These network card numbers are used in the Medium Access [MAC] Layer to identify the destination for the data. When talking to another computer, the data you send to that computer is prefixed with the number of the card you are sending the data to.

This allows intermediate devices in the network to decide in which direction the data should go, in order to transport the data to its correct destination.

A typical adapter card looks like one of these:

Peripheral cards associated with EISA and MCA are normally self configuring.

The major problem arises with cards for the ISA bus (found in the majority of AT type computers and clones). This is because the cards are configured by the user (using either jumpers or a software program).

Users make mistakes, and often configure cards so that they conflict with other cards already present in this system. This causes intermittent or immediate non-operation of the computer system.

For instance, a networking card that is allocated the same resources as a serial communications program may function perfectly, except when the user is logged into the network and then tries to use the serial port, at which time the machine will crash.

The FOUR resources are:

Input/Output Port Address
In the PC, the port numbers used by peripheral cards range from 200h to 3FFh. The I/O port address is used by the PC to communicate with the peripheral card (issue commands, read responses, and perform data transfer).
Interrupt Request Line
The interrupt request line is used by the card to signal the processor that the card requires the processors attention. ISA peripherals cannot share the same interrupt request line, and IRQ2 in AT/2386/486 computers should not be used (there are others which must also not be used). IRQ2 to IRQ15 appear on the ISA bus.
Direct Memory Request Line
The DMA request line is used to transfer data between the peripheral card and the computers memory at high speed. DMA channel 0 cannot be used, as it is reserved for system use. Buffer Memory Address
Some peripheral cards prefer to use memory space rather than an I/O port address to transfer data to the processor. This memory space occupied by the peripheral card appears in the main system memory RAM area available to the processor (usually between C0000h to EFFFFh). Care must be taken to ensure this space is not being used for other purposes (like shadow RAM, EMS for windows, VBGA BIOS).

This space is also sometimes used by a remote boot Eprom, which is used for diskless workstations which download the operating system from the server at boot time.

The software driver is normally configured to match the resource settings of the card. This is done by a configuration utility, and stored either in the executable file, or a separate file (like .ini or .cfg).

It is obviously important for the configuration settings in the software driver to match those configured on the peripheral card.

The resources used by the card are either set by jumpers (or slide switches). New cards can also be configured using a software program, rather than by manually setting jumpers on the card. Where cards are software configurable, the cards retain their configuration when the power is turned off. 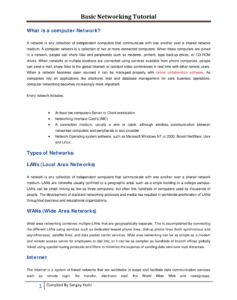